A 2013 article by Yorkshire Life, provided a summary of life in Flockton. However, as mentioned by resident and campaigner for a Bypass, David Rawling, perhaps it's time for an update.

"One to consider. The "Link" was sunk, quite rightly, in the early 90s, as the planned road would have affected many more than a much smaller relief road that would do a similar job. i.e. take most of the traffic out of Flockton.

"Since then, Grange Moor Industrial Estate has appeared on the scene. 50 companies currently listed there. 3 separate (smallish admittedly) housing developments in Flockton and Grange Moor. The 2 ongoing developments and another planned in the village, along with a few others dotted about, will see approximately 225 new houses within our village having been built since the Link was proposed (and in fact, passed for construction at one point by Kirklees).

"Time that this was recognised. If these developments had all come at once, now, it's almost certain the infrastructure would have been taken into account as Kirklees would be more than happy with their extra annual income from the rates (£350k pa, may be from houses alone) and wouldn't be worried about traffic being "encouraged" or ""moved quicker" into Waterloo, Dalton, Kirkheaton, etc., as they say they are now. Relieve Flockton with a relief road!"

Flockton villagers may, or may not, be aware of the TRO (Traffic Regulation Orders). This relates specifically to that sign you see at Grange Moor roundabout, and a second smaller one, coming down the hill. 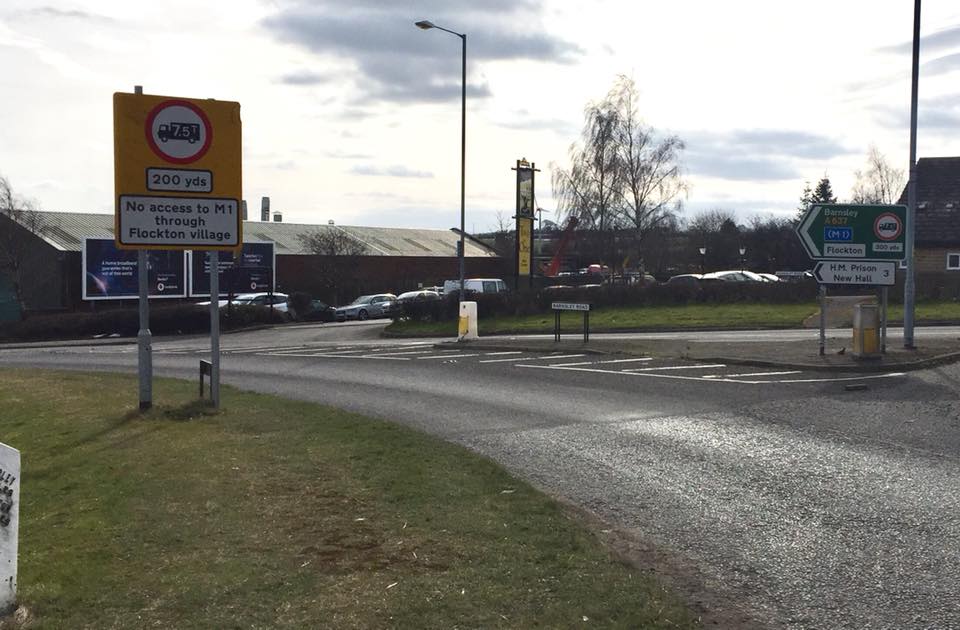 So what's the problem?
The original TRO was written in 1971, using the terminology and language of the time. It was updated in 1992 to conform to metrication of the weight, but since then, Police have said that the prohibition cannot be enforced. This has led to a re-write, costing Kirklees Council £5,500. However, what the wording on the sign should say is up for some debate, as 'No access To M1 through Flockton village', didn't actually help residents.

As a further point of interest, Kirklees Council are apparently responsible for enforcement, according to documentation on their website: "The council's Civil Enforcement Officers enforce the Traffic Regulation Orders on the public highways."

The feeling of the Bypass group, is that the sign should properly enforce the 'agreed with Wakefield' gyratory system, whereby HGVs over the stated weight limit, should only enter Flockton from the east side (Midgley side), towards Grange Moor, and not from Grange Moor, travelling eastwards through the village. Using a sign that says 'Except for access' could possibly be abused by HGV drivers, who pretend that they are making deliveries. To avoid any confusion, or excuses, HGVs should be made to enter and leave the village in only one direction – regardless of whether they are actually delivering, or not. We are not wishing to stop important local traffic, such as farmers, buses, or emergency vehicles – this is purely to prevent the through traffic of articulated lorries/HGVs over 7.5Tonnes in weight.

If after reading about the TRO for Flockton, you wish to have an opportunity to contact Kirklees to state your views or any preferences, contrary to those proposed, then use the information shown below:

If you go to this link, or click on the TRO image below, you will be able to access the documents located at the top of the listings: 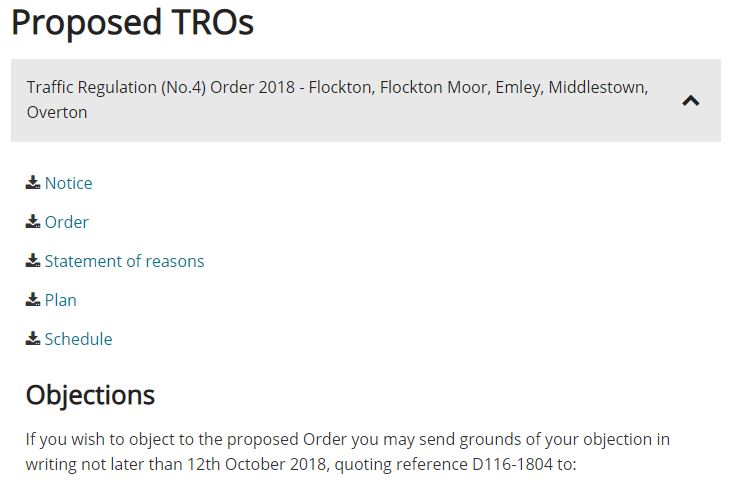 Send grounds of your objection in writing to reach the undersigned by not later than 12th October 2018, quoting reference DEV/JE/D116-1804:

Or possibly by email:

Kirklees Council should apply for government funding to pay for a much-needed bypass.

That's the message from veteran Conservative councillor Bill Armer who said calls for a bypass for Flockton village date back to the 1930s.

And he accused Labour colleagues of being "defeatist" over the issue. 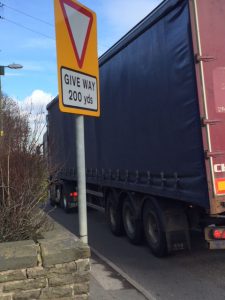 Clr Armer described the increasing volume of traffic passing through Flockton on the A637 Barnsley Road as "horrendous."

Traffic engineers with Wakefield Council are unwilling to divert HGVs from Flockton through other villages in the Wakefield district or to support an HGV ban claiming it would move the problem further back to Horbury Bridge.

That stance echoes Kirklees Council's position, with senior figures including Clr Peter McBride claiming a bypass at Flockton would have a knock-on effect on neighbouring areas including Kirkheaton, Waterloo and Bradley , and towards Cooper Bridge.

Clr McBride recently met with residents to listen to concerns.

Despite some people wondering whether a visit would actually materialise, credit has to be given to Cllr. Peter Mc Bride for not only turning up 20 minutes before the meeting time of 9:15 am, but for then staying until 11:30 am. He was joined by Liz Twitchett, Kirklees Operational Manager for Highway Engineering. 14 residents were able to attend.

David Rawling, resident and bypass campaigner, prepared a 6-page document with an extensive list of residents' concerns and a copy of the map showing the proposed 20 MPH zones. The visitors listened attentively, as David went through the details of 30 items in support of a relief road for Flockton.

The presentation with hand-outs, which you can download: Word or PDF was given and then responded to by both Cllr. McBride ( Kirklees Council, Cabinet Member for Economy, and West Yorkshire Combined Authority) and Liz Twitchett (Kirklees Operational Manager for Highway Engineering) with several major points.

The main areas that Kirklees Council are coming from are as follows:
1. You have to be seen to be getting value for money from road schemes, better returns etc., with developments, both residential and industrial, bringing much-needed income into the council, as well as meeting housing demands. Schemes such as that at Cooper Bridge. The relief road at Holmfirth was also discussed. Flockton's case would be much harder to justify.

2. The feeling within Kirklees Council, as expressed by their 2 representatives, is of one that the problem that is Flockton would only be moved elsewhere (i.e. to Waterloo, Dalton, and Kirkheaton, towards Cooper Bridge) with more traffic being encouraged off the motorway if there was to be a minor relief road. The long term solution, it was said, will be when the North Kirklees Orbital Route comes to fruition – at least 20 years away if passed. And a direct link between the two motorways, not the Link Road originally passed in the early 90s.

The Bypass Group are of the opinion that although it could well be of some benefit in the future, though not fully, ever increasing traffic levels and ongoing and possible future developments would still result in the problem that is Flockton, without any major improvement to the A637. The road is on the Government's MRN system after all and should be improved according to the guidelines, announcements, and publications. For those unaware, including Cllr. McBride in fact, the MRN is the Major Road Network. (And SRN is the Strategic Road Network, for anyone interested).

One of the other points of discussion was the changes being made to the HGV restrictions. The Bypass Group have since been made aware that an announcement was published in a reasonably local paper (and may well have been in others) regarding the changes. Please check out the TRO link here and respond with anything you feel is not of help, or otherwise. We have our concerns. Let's see if others amongst you agree. We can all play our part in getting Flockton a better, safer road after all. You can comment on these issues via our facebook page and our twitter. (Use the social media links floating over this page, or see all our social media links here).

You can download a summary of some notes made at the meeting, here,  or view a pdf version here. (Please note it's a bit of a draft and is still under review).

See other supporting documents of interest on our Documents page. 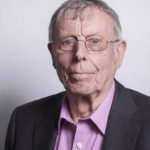 The Bypass Steering Group has arranged a visit to the village by Labour Councillor, and Cabinet member for Economy on Kirklees Council, Peter McBride, on Friday 14 September 2018 at 9:15 am, so he can witness traffic and road safety issues, on Barnsley Road, first hand. It had been hoped that the visit could have taken place at a busier School time, but we are nevertheless grateful that Cllr McBride is coming.

Residents and parents of school children are invited to stay around for the visit, if able to do so, and if anyone wishes to take a short video clip of traffic during their walk to school, there may be an opportunity to share this, particularly in the event that traffic may be a bit calmer by the time of the visit.

Please show your support and have your say.