"Following on from the installation of the 20mph zone, I have talked to Highways about some of the comments I have been receiving from local residents. Highways have agreed to install some more 20mph roundels, so that there is more visibility of these through the 20mph zone and they will also be arranging to paint 20mph signs on the road surface at the access points." – Cllr. John Taylor (as posted on Flockton facebook pages)

"Further to John's post regarding the 20mph Zone, we have also had a note from the Police that they will be undertaking some enforcement in the next few weeks." – Cllr. Richard Smith

Here they are – a little earlier than expected. Complete with artwork by children from Flockton C of E C First School. 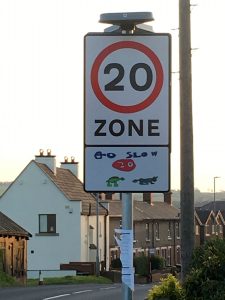 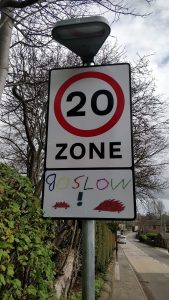 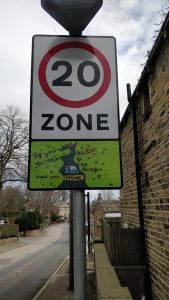 There are 4 signs altogether – 2 at each end of the village.

There are some nice photographs on the school's public facebook page. I am currently awaiting a reply to see if we can have permission to embed the post on this page.