Under the banner heading of "Plan to build £100m link road round Featherstone to be discussed" it seems that "Senior Wakefield councillors are set to sign off extra funding for a new link road around the south of Featherstone." 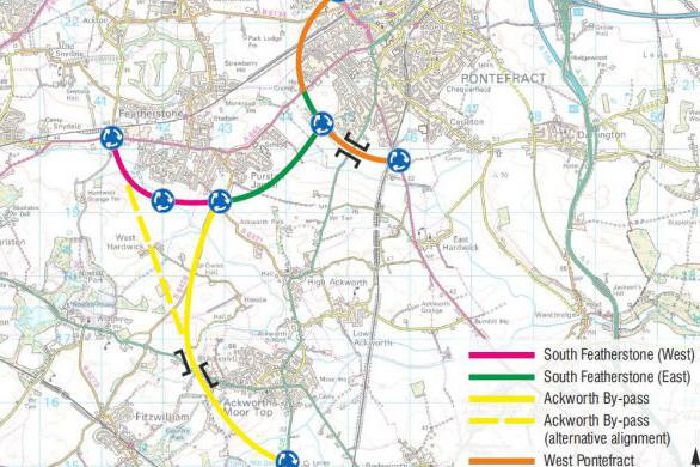 "Yet Wakefield Council don't think a bypass for Flockton is a good idea, at almost a tenth of the cost, benefitting Netherton and neighbouring areas. Would cost them nothing either!!"

"He was concerned about the impact on Bretton. Bretton considered in isolation!! 460 residents put before the 14,000 in Sitlington, Flockton, Horbury Bridge and Emley."

Sitlington Parish Councillors unanimously backed the call for a bypass due to the problems encountered in Netherton and adjoining communities. Cllr. Morley doesn't it appears, despite an initial meeting seemingly indicating otherwise. It is anticipated that this will soon be questioned by the Parish Council. 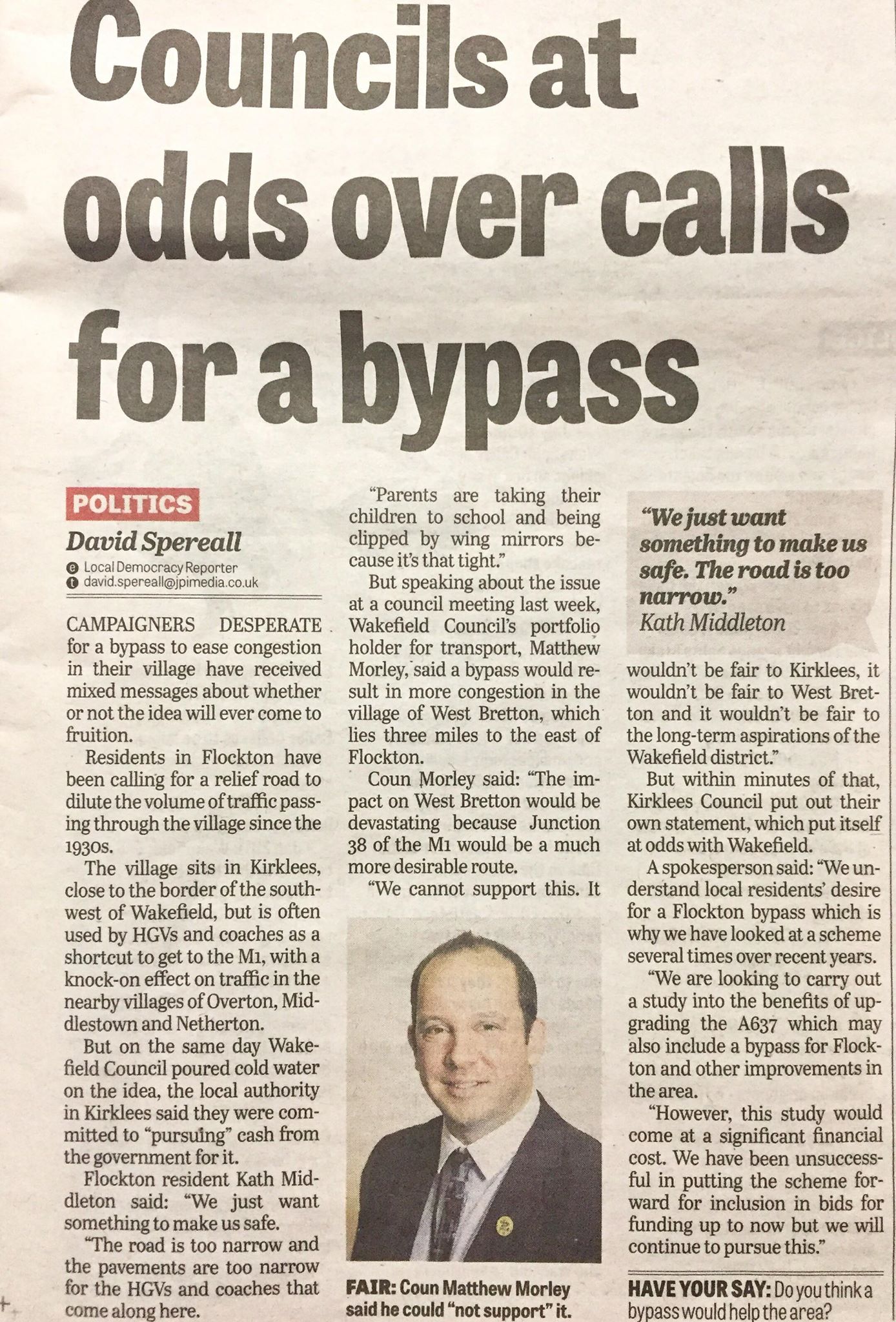