"Pressure is growing on Kirklees Council to look seriously at a bypass for the traffic-clogged village of Flockton.

"The first phase could involve a feasibility study into potential routes for a relief road taking HGVs and other vehicles off the busy A637 that cuts through the community.

"Councillors who have backed residents' calls for a bypass say the cost of such a study could be as little as £80,000.

"And they say the council could apply for government money to pay for it."

The article also reminds us of what Transport Secretary, Chris Grayling, originally said about funding to help places, like Flockton: 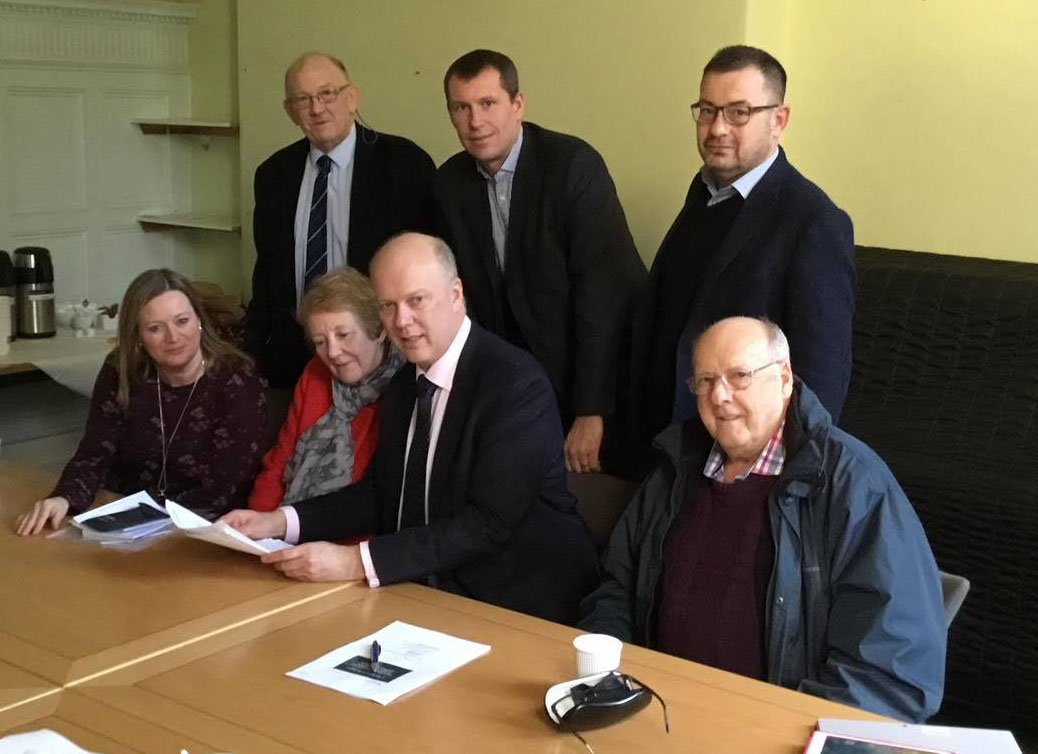 Original meeting of local councillors and members of the Flockton Bypass campaign group, with Transport Secretary, Chris Grayling, in Huddersfield

"In comments that seemed to relate directly to the Flockton scenario Mr Grayling said: "Typically you will have a small town on a major A-road where you have got an old centre, narrow streets, lorries going through them.

"You get pollution, you get congestion and there is a clamour for a bypass. We haven't been building enough relief for those roads.""