On 1 July 2019, the Bypass Campaign Group organised a small protest against the amount of traffic moving through Flockton village on a daily basis. The road has not been 'fit for purpose' for many years and safety for residents and particularly their children, has gradually risen up the agenda for concern.

It was decided that people would constantly walk over the two Zebra crossings in the village – one by the local school, the other near the village shop. Protesters moved between the crossings, holding up traffic as they crossed individually or en masse. 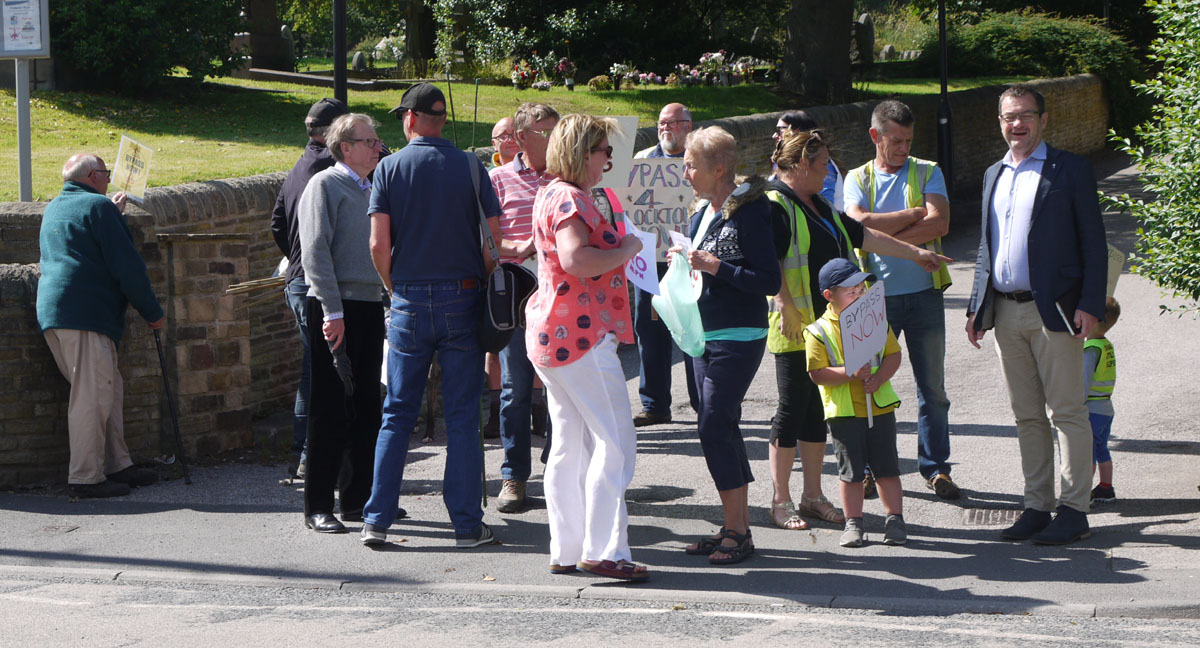 It wasn't long before the vast quantity of traffic was backed up in both directions, between the traffic calming at one end of the village, and Hardcastle Lane, at the other end. 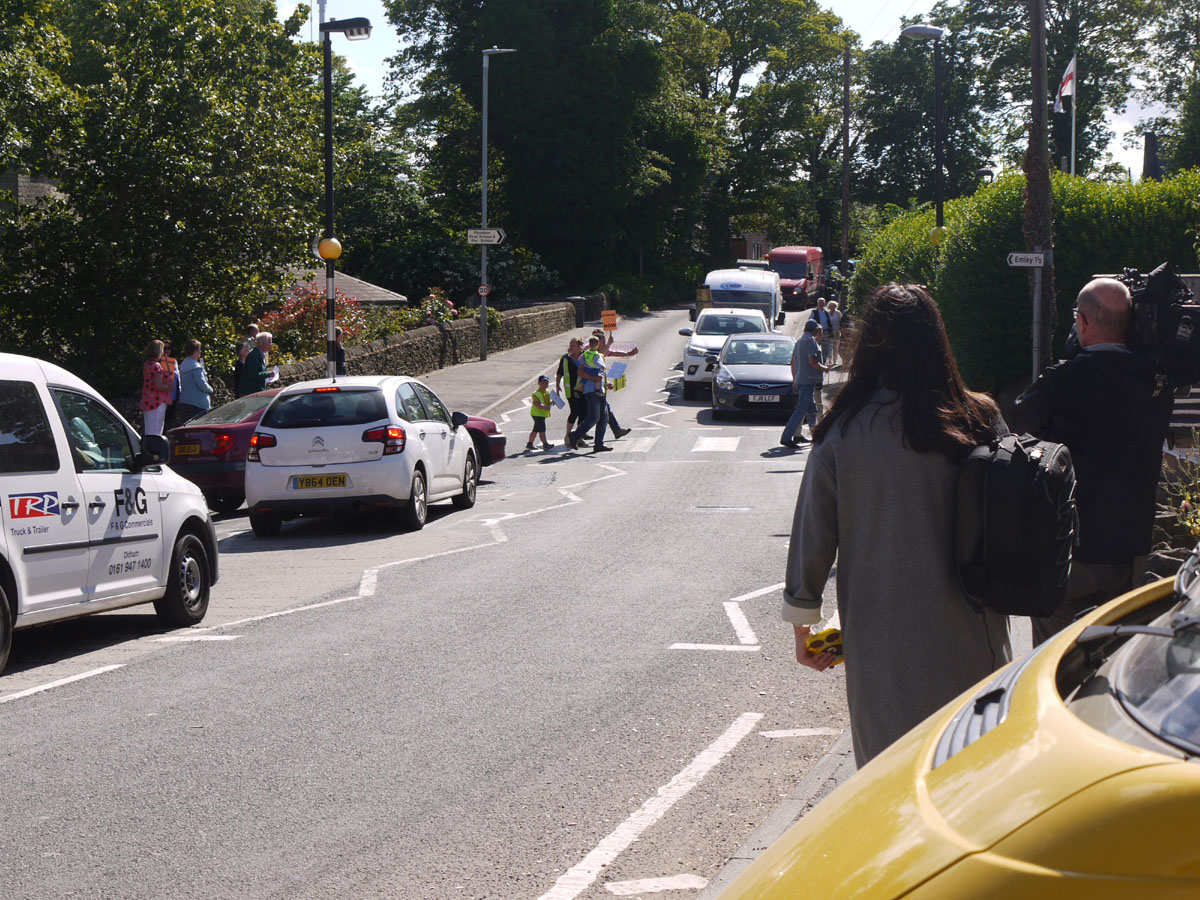 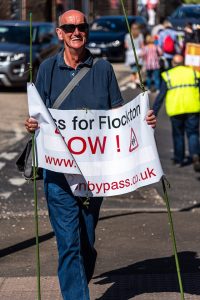 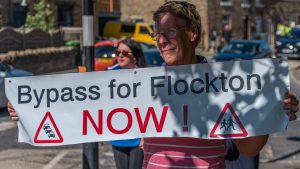 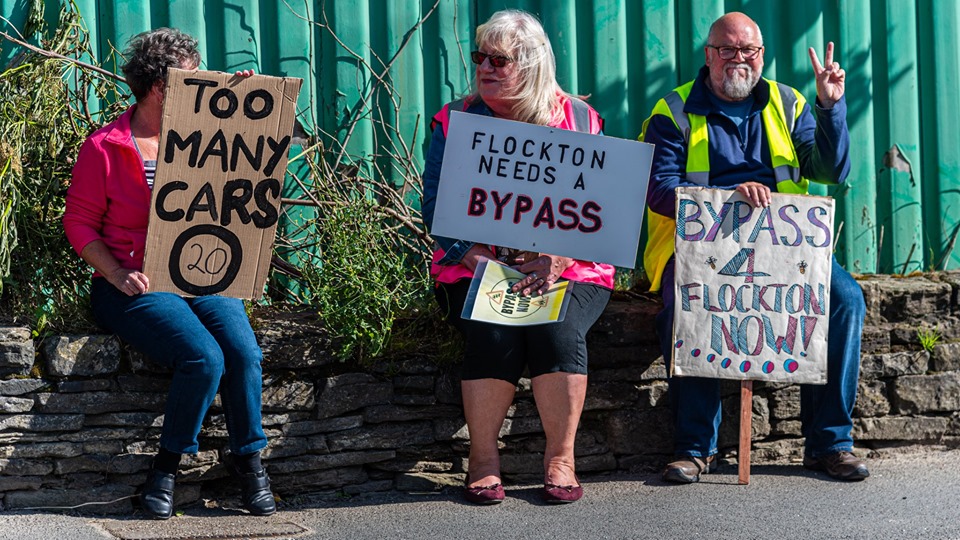 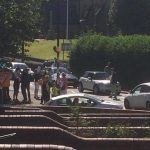 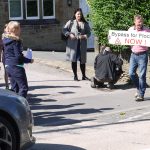 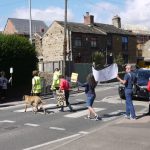 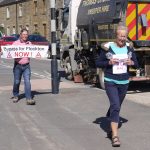 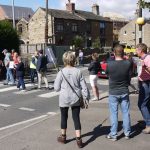 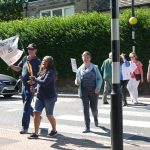 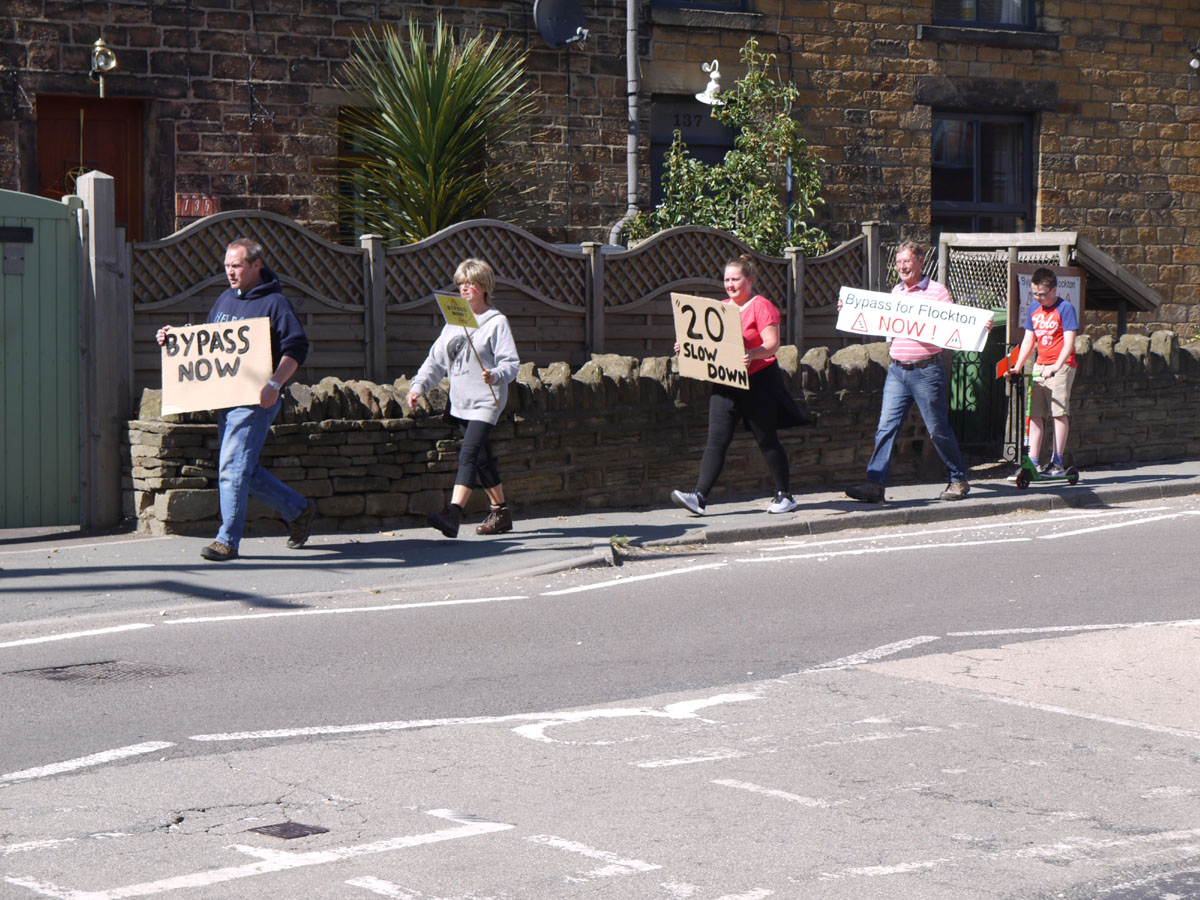 Whilst a small number of motorists expressed annoyance, many honked their horns and gave friendly waves, in support of the protest. In all honesty, no one was really held up any more than they would have been on a normal rush hour drive through the village. Once past the usual obstacles of narrowness and parked vehicles, drivers would quickly catch up with the people that appeared to get through the crossings ahead of them. Most drivers would rather not be going through Flockton – I live there and even I try and avoid driving through! But currently, there are few, if any, realistic alternatives. This is why a bypass or small link road, would benefit everyone – villagers and commuters.

For more views and discussions on the above, visit/join our social media groups.