Cllr. Richard Smith put in a request to Kirklees Council, seeking clarification on their recent statements that applications had been made, relating to a bypass for Flockton Village. Councillors and campaigners had not been aware that requests had been made.

Since the responses are quite lengthy, you can read them in detail here.

Richard says that he intends to rephrase his question and ask again.

The latest news in the Wakefield Express (22 October 2019)

'We just want to be safe': Residents calling for bypass get mixed signals over plans 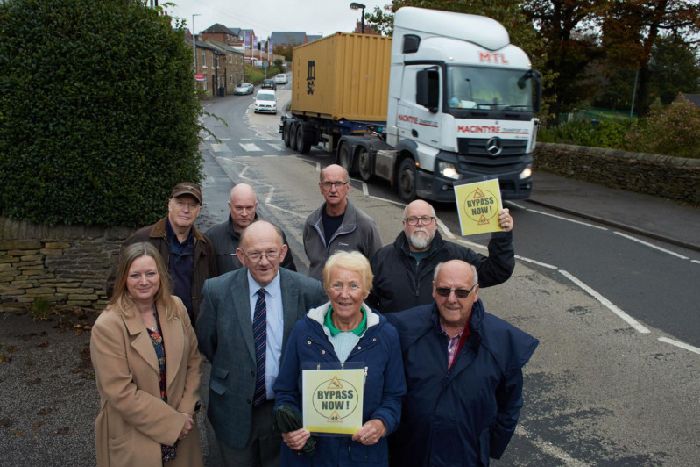 "… on the same day Wakefield Council poured cold water on the idea, the local authority in Kirklees said they were committed to "pursuing" cash from the government for it."

But then, Kirklees Council stated…

"We are looking to carry out a study into the benefits of upgrading the A637 which may also include a bypass for Flockton and other improvements in the area.

"However, this study would come at a significant financial cost. We have been unsuccessful in putting the scheme forward for inclusion in bids for funding up to now but we will continue to pursue this."

The agenda for the Wakefield Council meeting on Wednesday 16 October at 2 pm, included a mention of Flockton Bypass.

"That a Bypass would be hugely beneficial to both neighbouring authorities."

The meeting was on the Wakefield Council webcam, for those wanting to watch (but the sound quality is very poor).

Video of the session (video will start with beginning of the Bypass at 30:50)

Review of the session

Flockton Bypass campaigners were not impressed by an unexpected and surprising u-turn on anticipated support from Wakefield Council's, Cllr. Morley, after a recent meeting between him and Flockton Parish Councillors, Kathryn Middleton and Jimmy Paxton, and a meeting Wakefield had with Kirklees, where positive discussions had taken place in favour of a Flockton Bypass. Kathryn Middleton expressed her disbelief at the outcome:

"It seems now, that Wakefield cannot support our motion as it would 'greatly increase traffic through Bretton.

"Why would there be more traffic from Wakefield Road to Bretton? It would be exactly the same as it is now. No one would travel out of their way to the bypass route to go to Bretton."

Cllr. Sanders also echoed this view, in the Council Chamber:

"I don't think West Bretton is going to be affected, any which way."

Flockton also came up at the Kirklees Council meeting on Wednesday. Webcast available but "unfortunately" vanished into the ether at the point of Cllr. McBride just coming to the end of his speech, before any questions.

John Taylor:- Outrageous comment by Cllr McBride saying he is sick of talking about Flockton. I hope he offers another swift apology. @FlocktonBypass @LdrTony @richard4kirkbu1

Richard Smith:- He then made it worse by refusing to apologise and repeating the same comment.

David Rawling:- On the webcast presumably? Think more should be aware of this.

Martyn Bolt:- tried watching the webcast yesterday, it cut out before the end, strangely on Cllr McBride's bit and before the continuing debacle of the motions at the end.

Richard S:- We all saw and heard what was said. I have no issue with publicly stating this with or without any webcast evidence. Very much doubt he would be able to deny having said it- twice.

The webcast is incomplete. From my audio recording, taken from the public gallery, I got the following exchange: Clr McBride: "With regard to Flockton, I have given so many answers on Flockton I think everyone is sick of it."

2/ "Yes, we have looked at the particular needs of Flockton again and again. I gave at the last council, or the council before, an example of three – four – analyses of Flockton in the last ten years."

3/ "More recently, this time last year, I went down to talk to the people of Flockton and talked about what we doing and and explained to them the limits of what we were doing, and why."

4/ "When Cooper Bridge is completed, which will be in something like seven years time, it may also have a knock-on effect backward. That will be looked at in the process."

5/ "So should it have such a changing impact in Flockton that will be taken into account with further allocations by West Yorkshire and it will be based on an assessment of 'Is this one of the most, as it were, deserving schemes by comparison with comparable schemes…"

6/ "… throughout the whole of West Yorkshire?'"

A response from John T:

Clr J Taylor: I'd like to start firstly by inviting Clr McBride to apologise to the people of Flockton for saying that he is sick of talking about Flockton. I think that was an outrageous comment to make and he should apologise immediately.

8/ I'll give him the opportunity to respond to that and then I'll ask my question if I may.

9/ Clr McBride: What I meant was about asking questions. They seem to be the same questions again and again and again. It gets very repetitive and I think people are sick of hearing the answers.

Clr Taylor: I would try looking for other solutions then.

(That concludes the exchange.)

Some of the fastest and most reliable broadband in the UK is heading to the village of Flockton, after it was named as one of 13 rural communities to benefit from a new broadband trial. 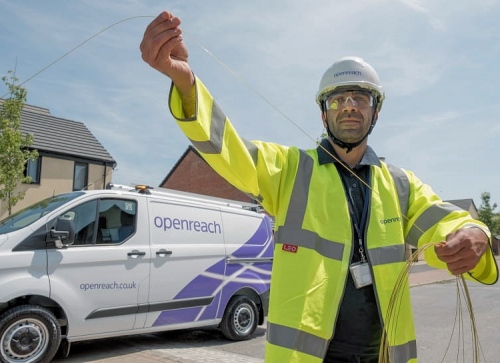 Openreach engineers will be working in the West Yorkshire village to test a range of new tools and techniques as they install the latest 'full' fibre-to-the-premises (FTTP) broadband.

In some areas the first homes and businesses could order FTTP in time for Christmas, with work continuing during 2020. Once services are live, people living and working in Flockton will have access to download speeds of up to 1 gigabit per second (1Gbps) – about 18* times faster than the current UK average. 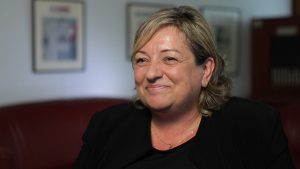 "This is a really important trial for Openreach and it's great that West Yorkshire is set to play a leading role. We understand the importance of bringing great connectivity to rural communities, and as well as providing fantastic broadband for people living in Flockton, we hope this provides us with the platform to extend our reach to hundreds of thousands more rural premises in the coming years.

"We have already done a lot in West Yorkshire, through our partnership with the five West Yorkshire local authorities and the West Yorkshire Combined Authority and by joining forces with a number of communities who've asked to work directly with us. But we know there is more to do and we can't wait to get started."

The trial is part of Openreach's ambition to extend its FTTP network into areas that were considered more difficult or expensive for the private sector to upgrade commercially – and could potentially become eligible for being included in Openreach's 'Fibre First' investment programme in the years ahead – if the right investment conditions are met.

Openreach engineers are testing a number of innovative tools – that enable work to be done faster and at less cost – including a specialised trench digging tool called a diamond cutter. It's a giant rotating circular blade with diamonds embedded in the metal coating on its edge – enabling it to slice through pavements and roads leaving a neat channel into which the machine simultaneously feeds in tubing for fibre-optic cables. 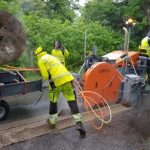 The specialist kit is capable of installing 700 metres of cabling a day – more than 20 times that by a standard two-person civils team using traditional methods of drilling and excavation, slashing the time taken to deploy fibre by months.

The company is also trialling 'remote nodes' – where fibre-optic cables can be built out from specially-adapted existing green roadside cabinets. Specialised broadband-boosting equipment installed inside the cabinet enables full fibre connections to extend by more than one and a half times their current reach, with the capacity to connect more than 1,000 premises. By 'piggy-backing' on our existing network, engineers can take full fibre further and faster – while avoiding up to six months in time and associated cost involved in deploying new fibre cables or 'spines' from an exchange to remote rural areas. 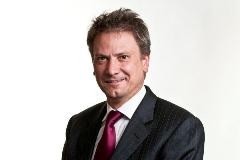 "In recent years we've been extending our full fibre network into rural areas – mostly in partnership with local authorities and Government – but the economics are clearly challenging and we want to do more. We know that around 10 per cent of the country will need to the support of public subsidy, but these trials will help us test a bunch of new techniques that could help us in other rural areas.

"The trials will also give us a much clearer picture of what the technical challenges in these kinds of rural areas are. We hope they'll go a long way towards developing the tools, skills and innovations required to make sure that nobody's left behind in the full fibre future."

According to recent government statistics around 11 million people in the UK, or approximately 17 per cent of the population, live in rural areas.**

The rural pilot locations have been carefully chosen to be representative of a much wider number across the UK with various factors being considered, including size, location, the extent, quality and make-up of the existing network and access to newly-skilled engineers in the area.

Openreach is on track to reach its full fibre build target of reaching four million homes and businesses by the end of March 2021 – and it's currently passing around 22,000 premises a week with fibre – or one every 28 seconds. However, the company wants to go much further – to reach 15 million by the mid-2020s and ultimately the majority of the UK if the right investment conditions are in place.

The business doubled its FTTP footprint last year and today more than 1.8 million UK homes and businesses have access to faster, more reliable full fibre services over the Openreach network.

This short video (below) explains what full fibre technology is and people interested in upgrading their broadband can see what's available in their area by entering their postcode into Openreach's online fibre checker.

Openreach's commitment to Yorkshire and the Humber extends far beyond making better broadband available. Around 2,300 Openreach people live and work in the region, and since the end of last year we've recruited more than 175 new fibre apprentice engineers.

*Based on Ofcom data for average UK broadband speed

Population estimates for the UK, England and Wales, Scotland and Northern Ireland: mid-2018